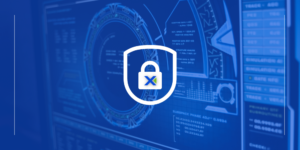 Since the introduction of software-defined networking (SDN) in 2011, the spread of SDN has been somewhat slow. That is, until recently, when cloud architectures have become industry-dominant, and businesses look for opportunities to reduce the complexities that accompany a diverse cloud stack. The SDN market has been rising rapidly along with cloud adoption. In fact, Global Marketing Insights predicts that SDN networking will be an $88 billion industry by 2024.

For organizations in hyper-sensitive business avenues such as finance, banking, security, and government, making the switch may enhance your network security and stabilization. At the same time, those firms who manage a complex array of apps may find SDN networking is more accessible and more easily managed.

Let’s break down what SDN is, its security advantages, weaknesses, and everything in between.

In traditional networking models, devices make package and traffic decisions via a unique routing table. Each network device acts as an individual agent capable of commanding its own communication with networking applications.

Therefore, network engineers can manage the network via the SDN controller without the need to access individual networking devices. This process not only reduces human touchpoints and redundancies but also frees up each device to be assessed and edited at a granular level.

Today, cybersecurity elements are a mission-critical aspect of any business’s networking structure, especially for companies such as banks, credit unions, and credit companies.

There are distinct benefits that SDNs provide these types of institutions that traditional networking simply cannot. At the same time, it does have some drawbacks that are important to consider before making the switch.

Of course, other benefits arise out of SDN networking, such as the use of SD-WAN to abstract network control virtually through a business’s WAN. But these aren’t directly SDN benefits — they exist through SDN networking technology. As with any business solution, one must weigh the benefits against potential pitfalls.

SDN networking has many benefits outside of security that can drastically shift how organizations handle their networking.

Switching to an SDN network can introduce opportunities, cut costs, and simplify operations. As with any technology, weighing the advantages against the disadvantages is essential. Not all SDN vendors deliver SDN products, and it’s vital that you choose a vendor with an emphasis on security and effectiveness.

Looking to make the switch to a faster, more connected software-defined networking solution? Contact us.

Get a Network Assessment